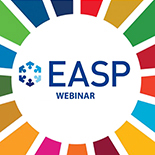 EASP and VNU kindly invite to the joined webinar on "Transparency through Non-financial reporting - best practice and challenges".

CSR Manager Network and WBCSD invites you to a free webinar to introduce the recently launched Circular Transition Indicators (v1.0). The webinar will provide attendees with an overview of CTI, the opportunity to ask questions and a glimpse of the CTI Online Tool. To Join us in measuring our transition to a circular economy, send an e-mail... >> 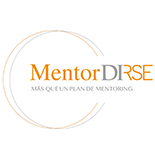 The Dirse Mentor Program, which has been carried out by DIRSE (Spanish Association of CSR/ Sustainability Professionals) since 2016, and supported, by the EY and SERES foundations, has now been selected as a Good Practice at European Level. This has happened, through the great initiative called “A Roadmap for Integrating Corporate Social... >>

To download the registration of the webinar dedicated to the presentation of the recent survey conducted by the European Association of Sustainability Professionals (EASP) on Senior managers of sustainability and corporate social responsibility in Europe Click here. >>

EASP invites you to the webinar dedicated to the presentation of the recent survey conducted by the European Association of Sustainability Professionals (EASP) on Senior managers of sustainability and corporate social responsibility in Europe. The survey highlights similarities and differences between managers who oversee sustainability... >>

Who are Sustainability Managers in Europe? EASP’s survey is online

October 2 2019 – On Tuesday, EASP presented the findings of their recent survey at “Salone della CSR e Innovazione Sociale” – the leading national annual meeting in Italy regarding sustainability. The survey explores the roles, salaries, team sizes, activities and challenges of CSR and sustainability professionals across seven European... >> 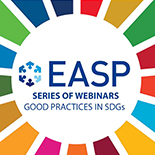 Participate in the EASP training cycle! Good practices in SDGs: 13, 14 and 15

From the European Association of CSR/Sustainability Professionals (EASP), we have organized a series of Webinars about concrete experiences of SDGs application and measurement at the Business environment. It is a great opportunity both to learn and to give visibility to the work its been done as CSR and Sustainability managers. The first session... >> 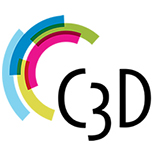 2019 April 23 - The French association Collège des Directeurs du Développement Durable (C3D) has joined EASP. C3D has been created in 2007, bringing together more than 120 directors of sustainable development and CSR of companies and private and public organizations in France. C3D promotes the exchange of good practices and the co-construction... >> 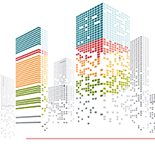 THE ROLE OF CSR / SUSTAINABILITY MANAGERS ON THE NEW COMPANY

In 2018, the Spanish Association of Social Responsibility Professionals (DIRSE) presented the joint study with Llorente & Cuenca: "The role of dirse (Spanish acronym for CSR and Sustainability Directors) of the new company and the challenges for which its CEOs are preparing”. The study, which is available in Spanish... >> 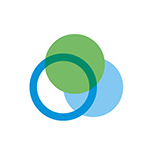 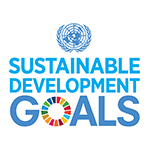 Webinar @CSRManagerNetwork with WBCSD - “Leading, transforming, and succeeding: the business implications of sustainability” 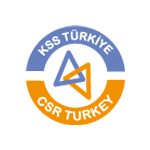 June 12 2018 - Welcome on board to the Corporate Social Responsibility Association of Turkey (CSR Turkey), an independent NGO established in 2005 by the efforts of academics, businesses and other civil society organizations. CSR Turkey aims to promote CSR notion within international standards in Turkey and to increase CSR awareness which already... >> 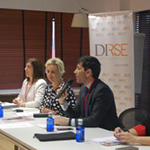 Madrid, April 12th, 2018. - DIRSE has held its fifth General Assembly in which it has been announced that the number of 300 individual partners among managers, consultants and academics. In 2012, it was constituted in the first Spanish association of Corporate Social Responsibility professionals, with the aim of helping developing of CSR managers... >> 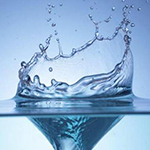 2017 November 7, international webinar. A landmark report launched by the Business & Sustainable Development Commission (BSDC) reveals that pursuing sustainable and inclusive business models could unlock economic opportunities worth at least US$12 trillion a year by 2030 and generate up to 380 million jobs. However, the SDG agenda and the... >>

Madrid, April 12th, 2018. - DIRSE has held its fifth General Assembly in which it has been announced that the number of 300 individual partners among managers, consultants and academics. In 2012, it was constituted in the first Spanish association of Corporate Social Responsibility professionals, with the aim of helping developing of CSR managers and professionals, and improving their ability to influence the creation of value in organizations.

This development has been reflected in the opening of new delegations of the association throughout the Spanish geography, which has been materialized by the creation in the last year of six new delegations in Catalonia, Castilla y León, Murcia, Andalusia and Valencian Community, while in Extremadura it is in the construction phase. The creation of delegations responds to the objective of serving the corporate social responsibility directives that are in other territories and improving the value of the associated unemployed. DIRSE responds to the national character of the association and the objective of increasing its presence throughout Spain.

During the General Assembly, in addition to approving the 2017 fiscal year and the plans for 2018, other points have been highlighted such as the increase of the contribution of the Protective Partners with the purpose of helping the Association continue and its sustained growth in number of partners, notoriety and influence. The growth in members has been constant in recent years at the same time as the Association had gained notoriety.

During the Assembly, the Transversa program was advanced, which will be held on Thursday, May 10, in the EOI assembly hall. A space for dialogue, reflection and debate on the importance and necessity of transversality to get the business excellence to bring together Social Responsibility professionals.

Francisco Hevia, chaiman of DIRSE, pointed out that "the new Board, the result of the 2017 Assembly, launched the review of the Strategic Plan, consulted with the partners and has already seen the fruits of the changes, such as the opening of new delegations, the increase of individuals, the growth of the protective partners or the distribution of the resources of the members of the Board ".

After the General Assembly and to celebrate its new milestones, DIRSE wanted to gather a large part of its associates and collaborators in a commemorative event for its five years of history. Thanks to the sponsorship of Mahou-San Miguel, the guests enjoyed a cocktail to exchange experiences.

Born in 2013, DIRSE is the Spanish professional association that works for and for ongoing training, promotion and recognition of people who, from the profile of the company and executives, direct the specific function of social responsibility, thus contributing, to improve their ability to influence the creation of value in organizations.

In just five years of existence, it brings together more than 300 professionals from the RS at the national level, with delegations in Catalonia, Castilla y León, Murcia, Andalucía and Comunidad Valenciana. It has also set up, together with its counterparts in Italy, the United Kingdom and Germany, the European Association of Sustainability Professionals (EASP), which brings together more than 800 European dirses.

The activity of the association focuses on four areas: Training (Plan Mentor Dirse, with the collaboration of the EY and SERES and EY foundations), Advocacy (institutional participation in reference forums, consultant or scientific committee at national and international level). Research and publications (on the role of the day and the state of the profession) and Networking (Transversal and DIRSE colloquia).

This site uses cookies. By continuing to browse the site you are agreeing to our use of cookies.